By Amanda del Castillo
Wednesday, November 07, 2018
SAN FRANCISCO (KGO) –California voters have rejected a proposal to repeal a gasoline tax increase that was passed by the Legislature to fund road and transportation projects.

These taxes and fees have since paid for the construction and improvement of thousands of road, highway, bridge and transit repairs throughout the state.

At stake Tuesday night wasn’t just the estimated $5.4 billion a year from SB 1 money, but also how California could raise money to pay for any future transportation improvements. 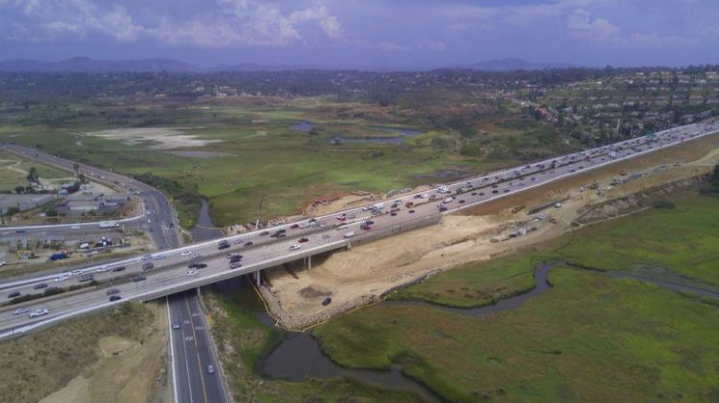 The San Diego region is poised to receive $311 million in funding from the state’s new gas tax.

Much of the fund will go to large-scale projects overseen by the San Diego Association of Governments or SANDAG.

The money represents a “major infusion of funds,” SANDAG Chair and Del MarCouncilmember Terry Sinnott said in a press statement. “With more than $311 million recommended for award … construction can start in the coming months to deliver transportation system improvements, including adding carpool lanes, improving rail lines and building biking and walking paths.”

California Transportation Commission staff recommended the award to help pay for major projects in the region. The commission will vote on final approval when it meets in San Diego on May 16 and 17.

Now that Gov. Jerry Brown has signed into law billions of dollars in higher fuel taxes and vehicle fees, the state will have an estimated $52 billion more money to help cover the state’s transportation needs for the next decade.

The money comes largely from a 12-cent increase in the base gasoline excise tax and a new transportation improvement fee based on vehicle value. Other money will come from paying off past transportation loans, Caltrans savings, and new charges on diesel fuel and zero-emission vehicles.

The bulk of the revenue raised will go to various state and local road programs, as well as public transit, goods movement and traffic congestion.

In June 2018, meanwhile, California voters will get to weigh in on another part of the package: a constitutional amendment supporters say will keep lawmakers from diverting the money to other purposes.

July 1, 2019: The price-based excise tax will reset to 17.3 cents a gallon, about half-a-cent more than the rate the Brown administration projects will be in effect by then anyway.

Special to The Bee